9 Mistakes (Even Successful) People Made on Their First Jobs

Reposted from The Muse

One of the things that distinguishes successful people from everyone else is their ability to rebound from failure. Which means that bouncing back from a mistake is one of the most important skills you can learn in your career—and the earlier the better.

But you already know that.

When you reflect back on your first job, along with all of those heart-warming firsts (Your first paycheck! Your first big save! Your first time running point!), you also remember all of those things you had to learn by messing them up the first-time around.

And that’s OK. Looking back now, you know that, “everybody makes mistakes” isn’t just something people say to make you feel better. It’s the truth.

Bearing that in mind can help you even now, regardless of how far along you are in your career. Remembering how far you’ve come—and that everyone you work with has made mistakes and felt the very same way—can help you break out of an “I suck” rut.

Want proof we’re all in this together? We asked our LinkedIn followers to share the mistakes everyone makes on thier first job—and their answers had us all nodding our heads in agreement.

Oh, and if they’re still plaguing you, we have fixes too!

Not asking questions. Industry jargon can be overwhelming, if not intimidating, [but] you don’t ask because you’re afraid to look stupid.

Odds are you didn’t speak up, because you were worried people would judge you and didn’t want to to look like a rookie. But now, you know even the most experienced people ask questions when they’re confused: It’s a sign of a confident and curious person.

Seriously: Studies show asking questions makes you look smarter.(And if acronyms are still tripping you up, here’s a cheat sheet to the 123 most common ones!)

2. When You Did Ask, You Apologized

People shouldn’t feel guilty about asking questions. A question is often followed with an apology. Questions are very important to gain context, direction, and knowledge…

Did you regularly follow up a question with “I’m sorry for asking?” By now you know it’s nothing to apologize for!

And if you still struggle with this, try switching it out for, “Thank you for taking the time to answer my question.” This two-word swap will make you—and your co-workers—view the conversation that much more positively.

3. You (Thought You) Asked Too Many

Asking (what’s perceived by others as) too many questions. Being curious is a good thing! It’s a matter of you phrase the question and deliver it. There is a difference between coming across as unsure of yourself vs. eager to learn.

You might’ve felt like only a nuisance would ask so many questions. But, if you’re noting a theme, it’s that that’s not a bad thing!

However, if you’re at a place where your co-workers seem annoyed or too busy to help, one option is to ask them if they can point you to resources that would hold the answers you’re looking for.

Including too many (or perhaps the wrong) people on emails.

Muse writer Kat Boogard has a simple rule of thumb: “Listing someone in the ‘To’ field means you expect a response. In contrast, if you CC that person, you’re simply keeping him in the loop on your message to others.” (And if you want to understand CC vs. BCC vs. Reply All, check this out).

5. You Sent Back One-Word Replies

Please don’t reply to every email, from everyone, only saying, ‘Thanks!’

You used to fire off a quick reply of “Thanks!” thinking the other person would appreciate how fast you got back to them. But now you know that people prefer a useful response, even if it takes a little longer. So, before you hit send, double check you’re reflecting on what the other person said (and answering any questions or attaching requested information).

Getting someone’s name wrong. It happens.

It does happen—perhaps even to this day. Whether the other person corrects you or you later learn you were calling them the wrong name all meeting, fixing it’s pretty simple. Apologize (without dwelling on it!), and get it right from there on out. It sounds like this: “Oh, I’m sorry. Thanks so much for correcting, me, Janet. As I was saying…”

7. You Pretended to Know More Than You Did

Stating you know something when you really don’t, [and] then you’re asked to do it by your supervisor. It’s OK to say, ‘I don’t know.’

By now you know: “I don’t know” can be a powerful phrase. It shows your manager you’re courageous enough to be honest and can identify when you’re not an expert at something.

(If you still don’t feel comfortable saying those exact words, sub-in one of these three phrases in it’s place.)

Not fully understanding (or misunderstanding) the purpose behind a task or project. Sometimes seemingly menial work is very important, and it’s crucial to get it done correctly…

Too often, people look at certain tasks as simply “paying your dues.” And while those projects may not be flashy and exciting, you can now see how they played a role in the scheme of things. Transfer that knowledge to newer people on the team. When you assign a low-level task, take the time to explain how it contributes to the bigger picture.

Not just that, but rolling up your sleeves and pitching in matters even today. Show that you are a dependable team player by giving your all, even to projects that aren’t glamorous.

9. You Didn’t Speak Up When You Were Overloaded

…While it’s good to be willing to perform a variety of tasks, eventually one needs to recognize when they are either out of their depth, or simply have taken on too much. If you’re afraid to say no, be willing to ask your boss which of your tasks should be your priority.

Even seasoned professional struggle with their workload, so if you learned this one early on, you’re ahead of the game.

At any stage, you don’t want to stay silent when you’re overworked. Take Kristin’s advice and have a talk with your boss where you discuss your workload and ask them to help your prioritize.

Admitting a mistake is something I respect from new hires. Everyone makes mistakes: It’s how you handle it that shows what kind of employee you’ll be in the long run…

All told, one of the biggest mistakes people make is hiding from them. If you can’t admit something went wrong, you’ll never learn from it. So, be honest about where things got off course (earlier in your career, as well as today), so you can keep moving forward.

Add Buzzfile to your site
The most advanced company information database

*Virtual and in-person appointments are available. Click here to schedule an appointment. 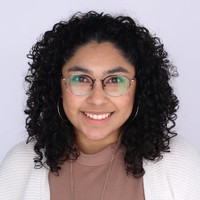 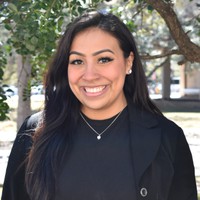 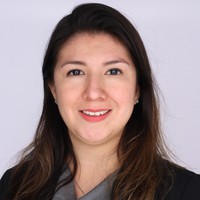 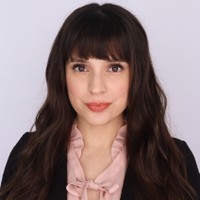 Union Pacific is one of America’s leading transportation companies. UP covers 23 states across the western two-thirds of the United States with 160 years of success stories of their employees. We are powered by the best employees in the industry, moving the railroad further than it’s ever been before.